​Powering up. After the dramatic opening in Al-Ula, Saudi Arabia, the spectacular new Extreme E off-road racing series starts on May 29 and 30 near the Senegalese capital, Dakar. The races will be held with the fully electronic ODYSSEY 21 racing cars on the banks of Lac Rose – also known as Lake Retba. This lake is as salty as the Dead Sea. Its special water color is due to certain bacteria that excrete red iron oxide.
The races will be broadcast all over Europe by various TV stations and streaming partners. The qualifier starts on Saturday at 13:30 and the semi-final takes place on Sunday at 12:00 (all timings are CET). The Ocean XPrix will then be decided on Sunday from 16:00. It will be interesting which of the nine teams uses their time best after the season start, and claims victory despite the difficult conditions of the ocean stage.

“After the fantastic scenes from the opening race, I am confident that even more motorsport fans will tune in this time,” says Sandra Roslan, who is responsible for the project at founding partner and tire manufacturer Continental. “The word is out that Extreme E offers captivating motorsport against a breathtaking backdrop.” The narrow off-road sand paths between Lac Rose and the Atlantic coast are a thrilling challenge for drivers, teams and the modern ODYSSEY 21 E-SUVs.

In the competition between the drivers, the Rosberg X Racing team leads in the overall rankings with World Rallycross Champion, Johann Kristoffersson, and former Australian Rally Champion, Molly Taylor.  Rally World Champions, Sébastien Loeb and Cristina Gutiérrez, from Lewis Hamilton’s Team X44 were stage winners at Dakar this year, and lie only five points behind. With a gap of two and four points respectively, they are closely followed by Rallycross World Champion, Timmy Hansen, and British rally driver, Catie Munnings, from Team Andretti United, as well as World Rally Champion, Carlos Sainz, and ten-time Dakar Rally winner in the women’s category, Laia Sanz, from the ACCIONA | Sainz XE Team.

All teams are driving E-SUVs with the name ODYSSEY 21. With a length of 440 cm, a width of 230 cm and a height of 186 cm, these extraordinary vehicles have roughly the same dimensions as commercially available SUVs, and the wheelbase of 300 cm also sounds quite normal. These SUVS though are really powerful. Manufactured by racing manufacturer, Spark Racing Technology, they boast an electric equivalent of 550 hp and a weight of just 1,780 kilograms. By way of comparison, the average Dakar Rally vehicle has around 300 hp and weighs more than two metric tons. The acceleration values are equally impressive. Powered by two electric motors, the power buggies hurtle to 100 km/h in just 4.5 seconds. The E-SUVs can also easily master a slope of around 55 degrees. All of the teams in the racing series have placed their trust in the 37-inch CrossContact Extreme E racing tire. This was specially developed by Continental to bring unbridled power safely onto the track, despite any challenge presented by the most diverse climatic zones of this earth. “The Extreme-E racing series is not only intended to showcase exciting motorsport, but also to draw attention to the negative consequences of global warming through the selection of endangered biotopes,” says Sandra Roslan. “Lac Rose is a place of extraordinary beauty that is increasingly at risk of climate change due to its coastal proximity.” THE UNESCO natural heritage site is less than one kilometer from the Atlantic Ocean. Only a few dunes separate it from the ocean. And the strips of land are just getting narrower. “Three to four meters of land mass are lost annually as a result of the rise in sea levels,” says the Continental project manager. “One of the main reasons for this is that the Greenland Ice Sheet is melting.” In the run-up to the Extreme-E event in Senegal, the racing series organizers have established an environmental protection project with local authorities to clean the coastal section. The aim is to use the plastic waste collected to make eco-stones in order to build washrooms for over 300 schoolchildren. 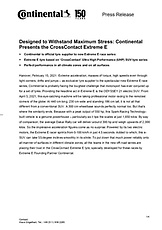 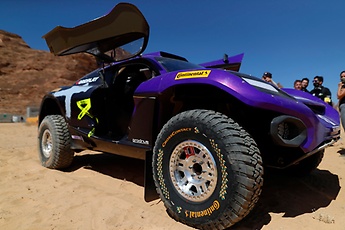 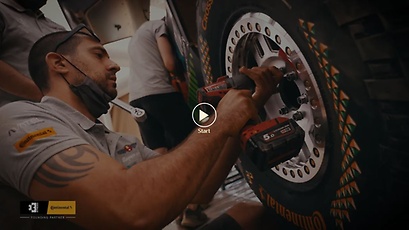 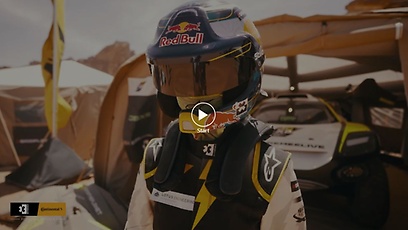 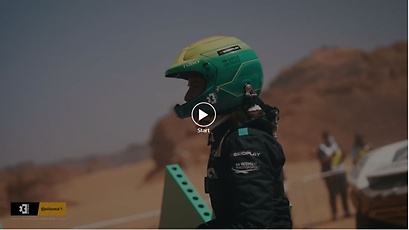