Step into the future with Digital Tyre Monitoring

Continental's intelligent tyre comes complete with a pre-mounted tyre sensor, which constantly monitors the pressure and temperature of the tyre and transmits the information to any of our receiver systems.

Take a step into the future of tyre management with Continental's intelligent tyre.

A tyre-mounted sensor is attached to the inner liner of the tyre. This position delivers significant benefits:

Continental tyres can be ordered as intelligent tyres directly from the factory, pre-equipped with tyre-mounted sensors. The sensors can also be retrofitted into existing dismounted tyres. All of Continental’s digital tyre monitoring solutions rely on tyre-mounted sensors, due to the inherent benefits of this mounting position.

Valve-mounted sensors are often inexpensive and easy to install, but fleets may find the sensors can be damaged by curbing, and in some cases even see them causing tyre failure if the valve stem is torn during the event.

It is important to note that tyre temperature, one of the key measures to avoid permanent tyre damage, is not measured by valve-mounted systems, but rather calculated via an algorithm, which in some cases can lead to inaccurate results.

Wheel-mounted, also called rim-mounted, sensors are attached to the wheel using a metal clamp. While protected from damage caused by curbing, this type of sensor may be damaged during the tyre mounting or dismounting process.


In addition, the metal band attaching the sensor to the rim receives heat as the wheel turns, causing expansion and contraction of the clamp. After a period of time, the clamp may loosen and allow the sensor to spin around the rim, causing damage.

In terms of measuring temperature, the sensor can be influenced by heat from the vehicle’s braking system, in which case it would not deliver accurate tyre temperature data.

Tyre pressure monitoring systems (TPMS) from Continental deliver operational benefits to your fleet, such as reducing downtime and saving money.

A 12-wheeler truck running 100,000 kms/year can save AUD 1,000 annually from fuel and mileage costs alone by ensuring proper tyre inflation.

The savings costs above are calculated based on internal benchmark studies.

On average, almost 1 in every 2 tyres in a commercial fleet are either underinflated or overinflated. Digital tyre monitoring solutions will help you:

Any tyre that Continental offers in Australia can be ordered as an intelligent tyre.

Continental offers multiple solutions for tyre pressure and temperature monitoring. Since the same tyre sensor forms the backbone of all our solutions, they can be combined in a myriad of ways to best fit the needs of your fleet. 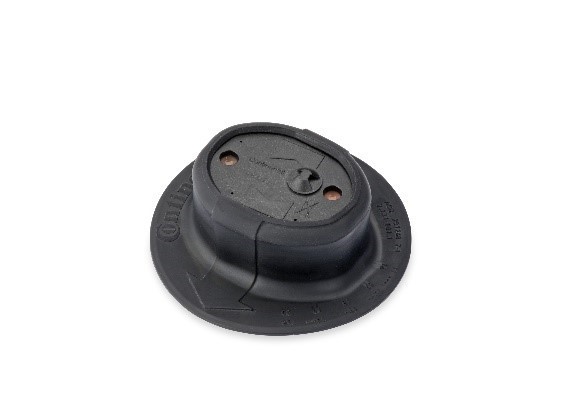