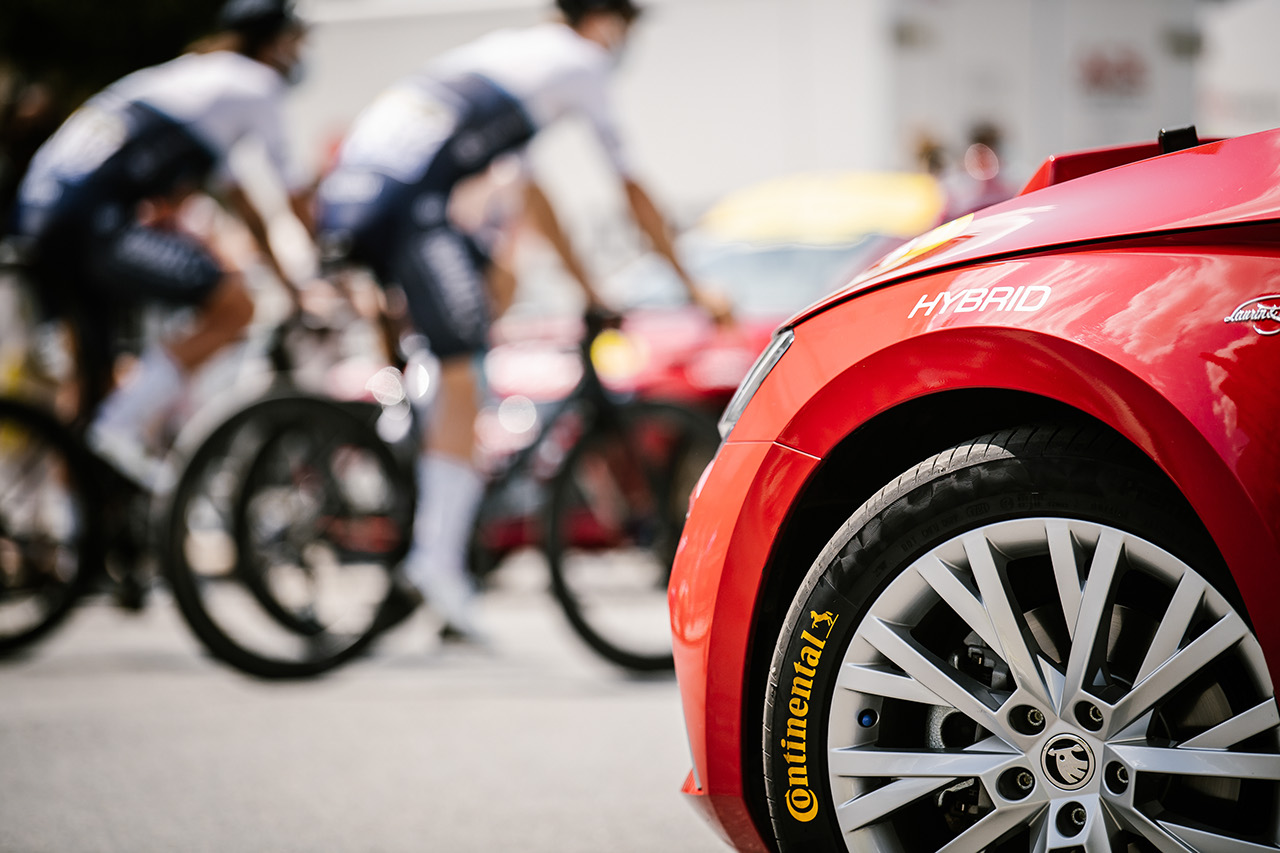 We sponsor the Tour de France – the world’s biggest cycle race. Taking place annually since 1903, the event showcases our tyres in a high-performance environment at the pinnacle of cycle racing. Several World Tour teams participating in the race ride on our tyres, handmade in Korbach, Germany. We also equip the official Tour de France vehicles with specially branded PremiumContact 6 car tyres, developed at our head office in Hanover, Germany and engineered in Sarreguemines, France. During the race these tyres face challenging conditions such as sudden weather changes, a variety of road surfaces as well as steep mountain ascents and descents. All the while being cheered on by a mass of passionate cycling fans along the route.

As a main partner of the Tour de France, at the conclusion of each stage we present the winner’s medal to mark what many professional cyclists consider to be a career defining, life changing moment.

Whilst the Tour de France route differs every year, typically iconic mountains such as the Col du Tourmalet, Col du Galibier, Alp d’Huez and Mont Ventoux often feature in the race. Whatever the route the riders are guaranteed to encounter the Alps and Pyrenees before finishing in a flat out sprint on the cobbles of the Champs-Élysées in Paris.

The Tour de France does not start in France every year: the so called “Grand Depart” took place in Yorkshire in 2014 and will take place in the Danish capital Copenhagen in 2022.

The first three stages of the 109th edition will be held in Denmark, making it the tenth country to host the Tour de France. The race starts with a 13km individual time trial in the Danish capital Copenhagen, one of the most bicycle-friendly cities in the world. Two more flat stages take place in Denmark before heading to France.

At the Tour de France Continental also supports the Young Cadets initiative with bicycle tyres and cycling gear where on each stage eight local riders get to feel like a pro for a day by cycling the first and last 30 kilometres of the stage just hours before the peloton.

“We are delighted to play a major part in the biggest cycling race in the world. Being the stage winning partner of the Tour de France fits perfectly to our core value of ‘passion to win’. We are very much looking forward to contributing to the race with our wide range of high-performance tyres.”

Christian Kötz, Board member and Head of Tyre Division