For 150 years, we've been passionate about tyres.

We have a history of success going all the way back to 1871, when our company was first established in Hanover, Germany.

Wherever people strive to turn their ideas of mobility into reality, we’re ready to support them. It's a common thread running through every era of our history; our technologies, systems and service solutions make mobility and transport more sustainable, safer, more convenient, more customised, and more affordable.

There’s quite a lot of ground to cover, but here’s a summary of our key phases in 150 years of innovation and progress – and a tantalising glimpse into our future.

We have ours sights set on becoming the most progressive tyre company in the world. Conti GreenConcept underscores our commitment to leading the way in terms of environmental and social responsibility by the year 2030.

Our experimental laboratory “Taraxagum Lab Anklam” is opened in 2018 in Mecklenburg-Vorpommern, Germany. The lab conducts groundbreaking research into the cultivation and processing of Russian dandelions as an alternative source of raw material to the rubber tree, a major leap forward in environmentally-friendly tyre production. 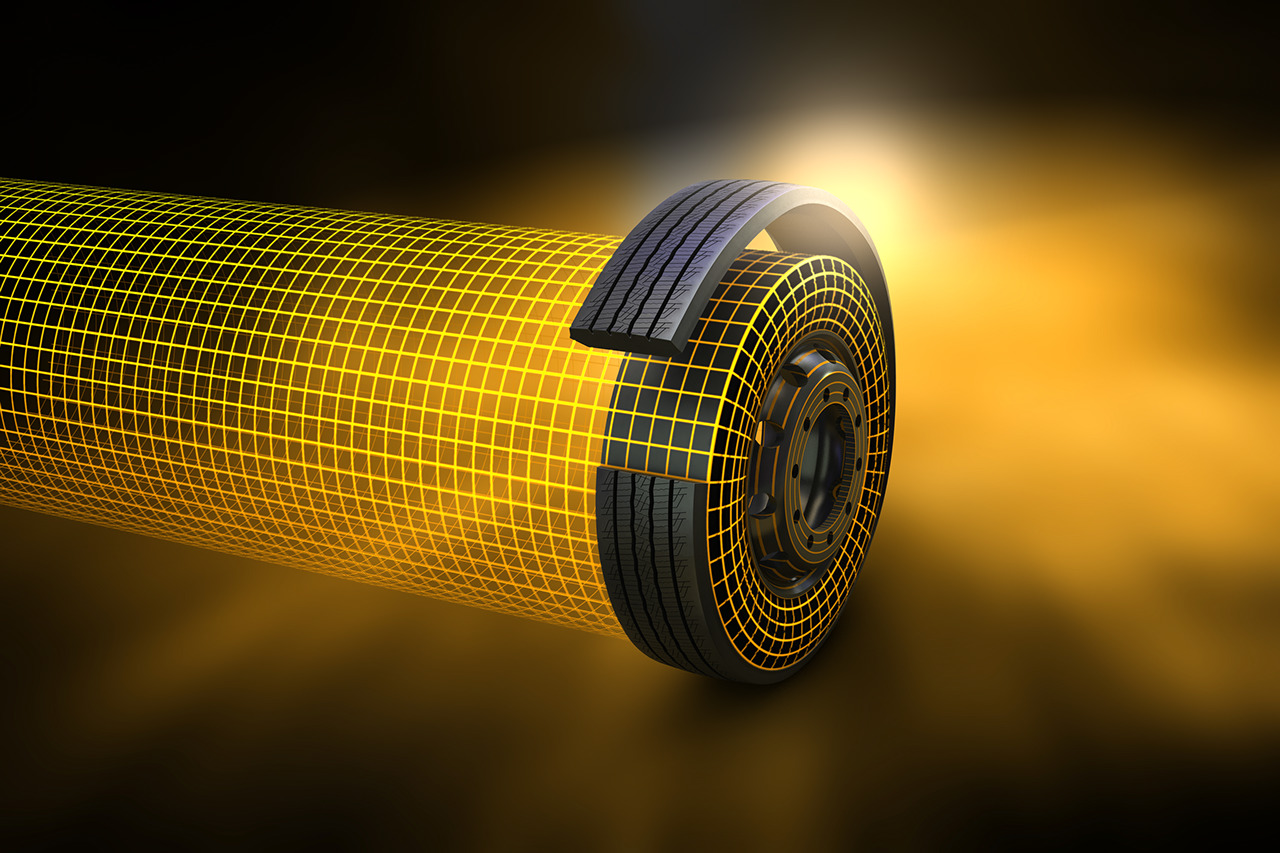 In 2007, we acquired Siemens VDO Automotive AG and became one of the top five suppliers in the automotive industry worldwide. Simultaneously, our company boosts its market position in Europe, North America, and Asia.

Our ContiSportContact 2 Vmax was unveiled in 2003, the world’s first road tyre approved for speeds of up to 360 km/h. Later, we were officially recognised by Guinness World Records for selling the fastest road-legal tyres in the world.

In considering the ecological impact of the tyre, a new seed was planted in 1991. We launched our ContiEcoContact, the world’s first ever sustainable tyre, which proves that care for the environment doesn’t need to take a back seat to performance or safety. 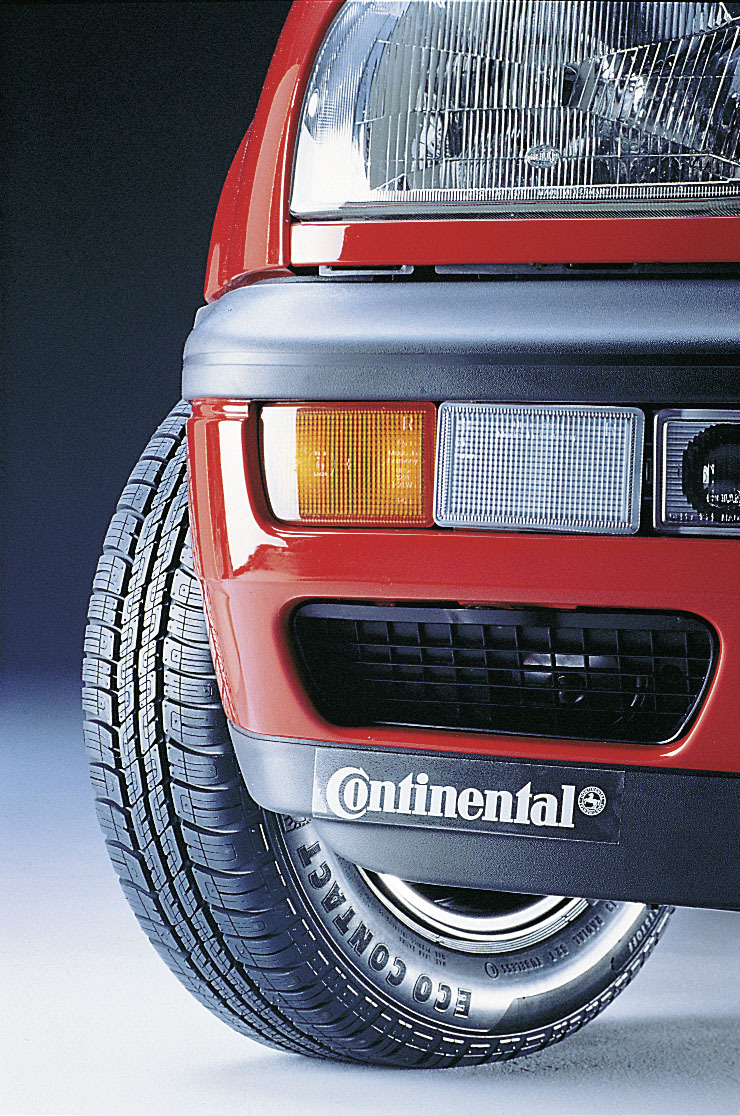 Moments in time: The art of advertising

The golden age of transportation and mobility provided inspiration for another emerging art form: advertisements. Ourarchives hold a stunning collection of painted posters reflecting not just the qualities of our products but also the aspirations of our customers.

Whether it was about performance, safety, or merely the glamour of traveling to exotic locations, there's plenty to savour in these colourful snapshots of cultural history.

Our acquisition of the North American tyre manufacturer General Tire in 1987 leads to the establishment of a new international subsidiary: Continental Tire North America, Inc.

A big innovation is unveiled in 1972, when we launched our studless ContiContact winter tyre. It represents a significant enhancement in road safety when driving in harsh seasonal conditions.

The demand for tyres of various types and different uses grew simultaneously with the dynamic development of world automobile manufacturing. To keep pace with market requirements, we created a dedicated testing centre. Our Contidrom tyre testing facility opened in 1967 on the edge of the Lüneburg Heath. 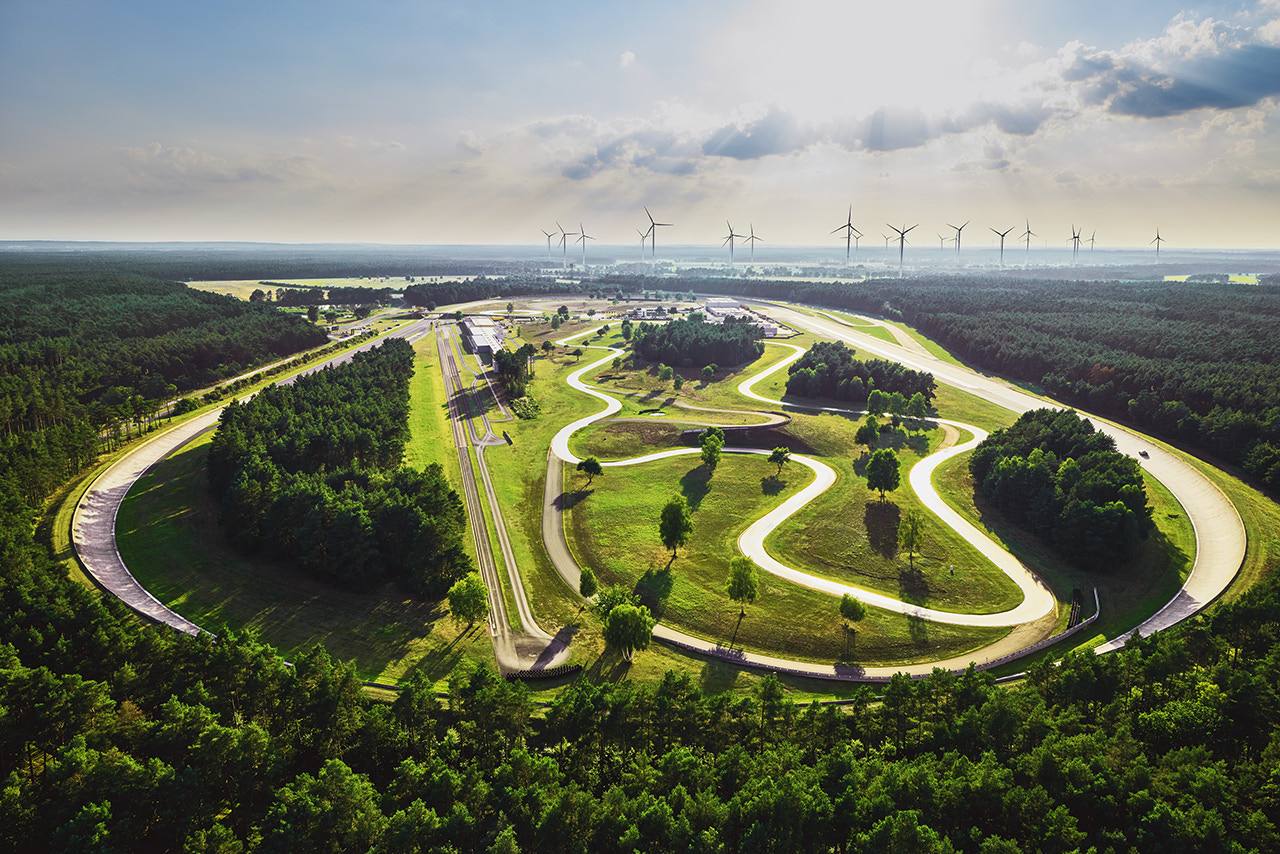 In 1968, the first electronically controlled driverless car took to the track at our Contidrom test facility, to the amazement of the press and public. The goal of this visionary project was to determine how tyres could be tested precisely using scientific methods under programmed conditions. But in another sense, our engineers were paving the way for the future of autonomous driving.

Today, we continue to work on new technologies to support autonomous driving. Currently operating on closed test tracks is the CUbE – “Continental Urban Mobility Experience” – which can be activated by a smartphone app to transport passengers safely to a destination of their choosing. Elsewhere, researchers explore the potential for automated road journeys and automatic guidance in a parking garage. Removing the need for a driver also inspires ideas for vehicle interiors: Our engineers can remodel them into something as cosy and inviting as a living room.

We began mass production of radial tyres for the first time in 1960. Our company introduces the letter “R” for designation of these tyres, which subsequently became standard for tyre-makers across the world.

In 1955 we became the first German company to begin manufacturing tubeless tyres for passenger cars, taking into account automobile manufacturer requirements. These tyres are considerably superior in reliability compared to the traditional tyres. 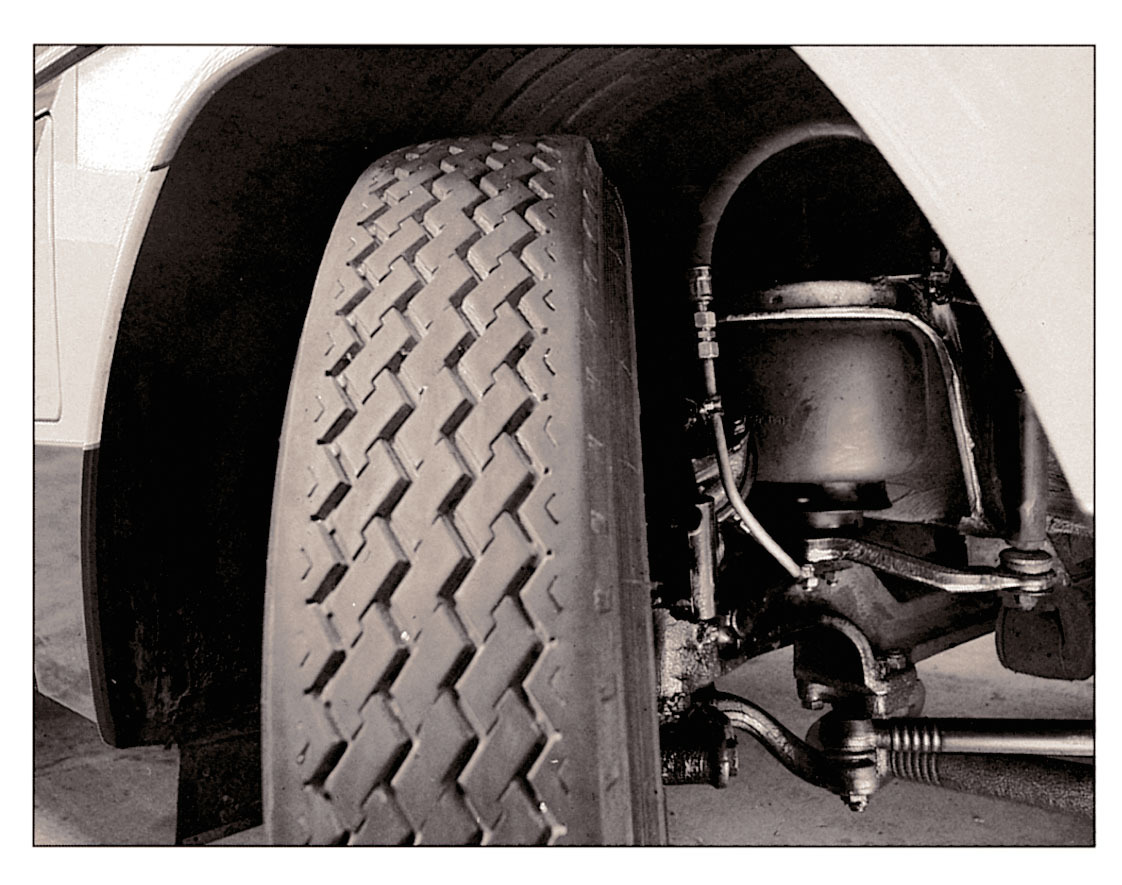 In 1952, we offered the first tyres in Europe specially designed for winter and freezing conditions, М+S (Mud and Snow).

Working closely with Daimler-Benz and Porsche, we repeated its pre-war successes on the race track between 1951 and 1955. Drivers like Sir Stirling Moss, Karl Kling, and Juan Manuel Fangio won the French, British, Dutch, and Italian Grand Prix in cars fitted with our high-speed Continental tyres.

With the end of the war in 1945, the British government grants permission for our Hanover factories to resume production.

During the war, our researchers continue to work on new designs and technologies. One result is the patent for tubeless car tyres, granted to us in 1943.

After the outbreak of World War II in 1939, tyre and rubber output is closely regulated to meet military requirements for truck and aircraft tyres, and the manufacture of clothing, footwear, and other supplies. Like many industrial operations in Germany at the time, Continental uses forced labour supplied by the so-called “Third Reich”. This shameful episode is deeply regretted and currently being investigated by a historical study which will be published in 2021.

At the beginning of the 20th century, we embraced a transformative change in our manufacturing focus: automobile tyres. We have tremendous success in these endeavours from the very start – and haven't stopped ever since. 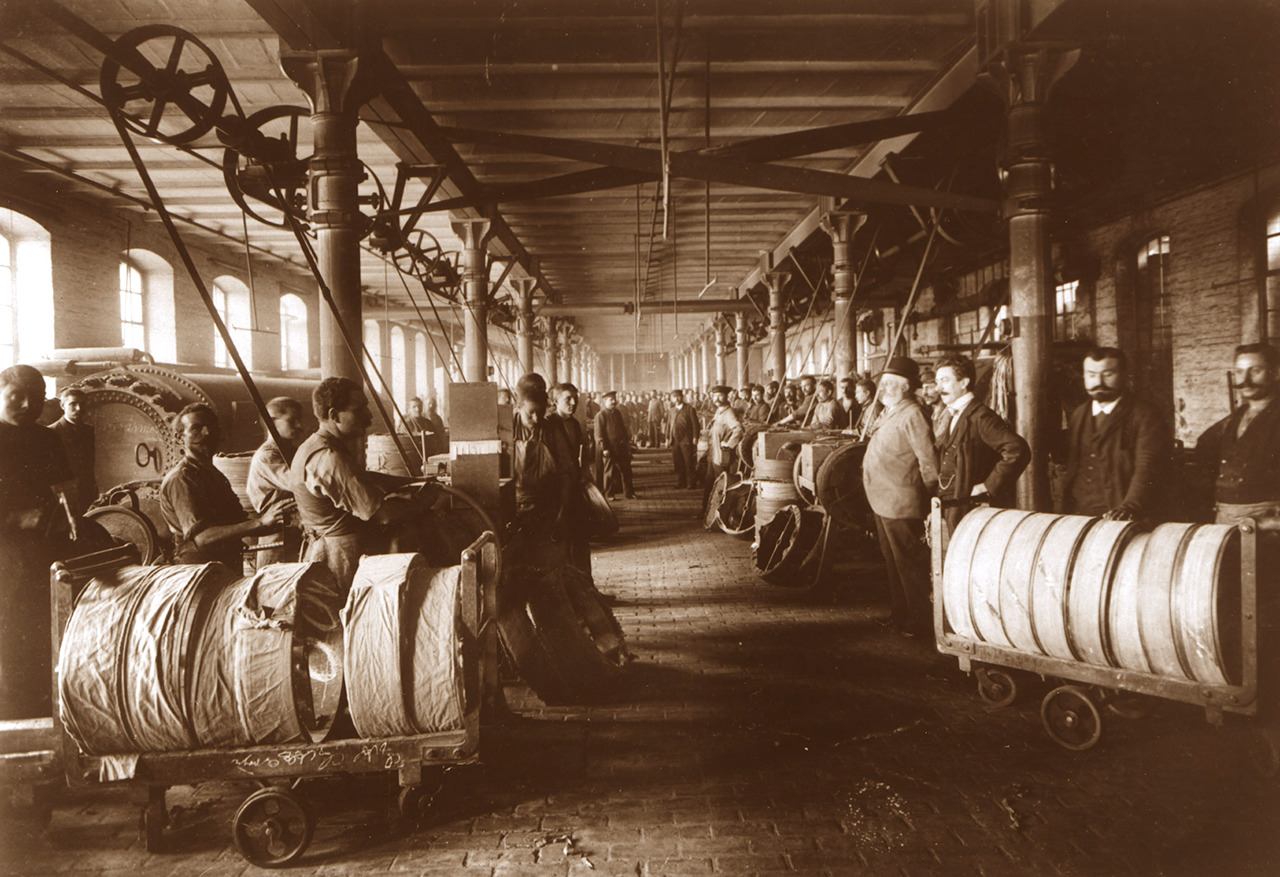 Carbon black is adopted for tyre production in 1926, used as a reinforcing filler to give the tyre more resistance to wear and aging – and its characteristic color.

In 1921, we are the first German company to launch the cord tyre on the market. Cord fibre fabric is more pliable, representing a significant upgrade from the stiffer linen square-woven fabric.

It’s not all just about car tyres. Pioneer aviator Louis Blériot makes history with the first flight across the English Channel in 1909. Our Aeroplan material drapes the wings and fuselage of his plane. 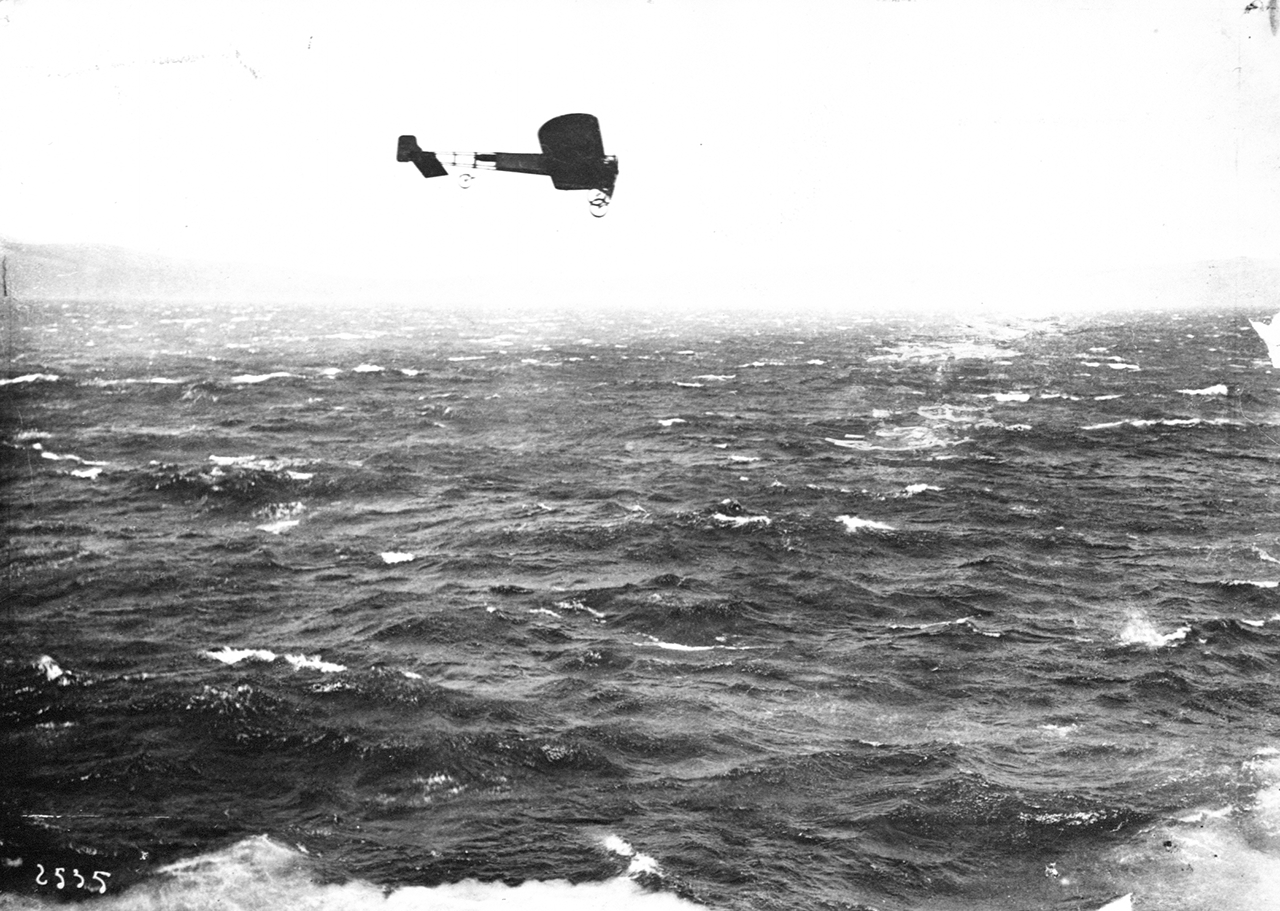 We invented the detachable rim for sedans in 1908, a remarkable innovation to help save time and effort when changing a tyre.

On 25 March 1901, the first of Karl Benz’s automobiles to be called Mercedes is fitted with our pneumatic tyres. It achieves a sensational victory in the Nice-Salon-Nice car race, covering the 257 mile (414km) distance in 6 hours 45 minutes and 48 seconds. This win proves to be a powerful advertisement and galvanised the development of new tyre designs. 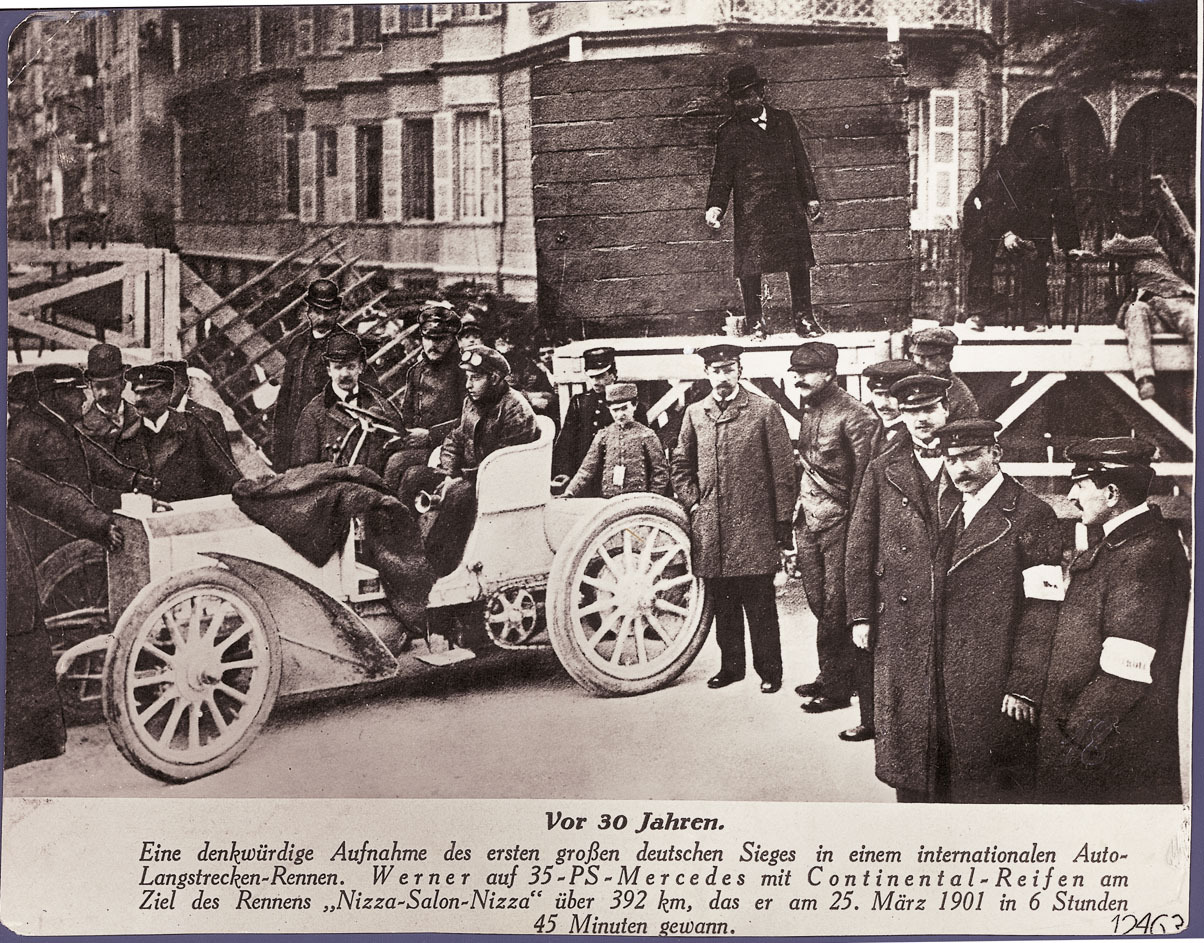 A major milestone in 1892, when we became the first German company to manufacture pneumatic tyres for bicycles.

The image of a rampant horse first appeared on our products in 1875 – based on the coat of arms for the city of Hanover – and was formally adopted as a company trademark in 1882.

The Continental Caoutchouc & Gutta-Percha Company is founded in Hanover on 8 October 1871, a decade and a half before the first automobile is manufactured. The output from the main factory in Vahrenwalder Street includes rubberised fabrics for raincoats, hot-water bottles, and solid tyres for bicycles and carriages. 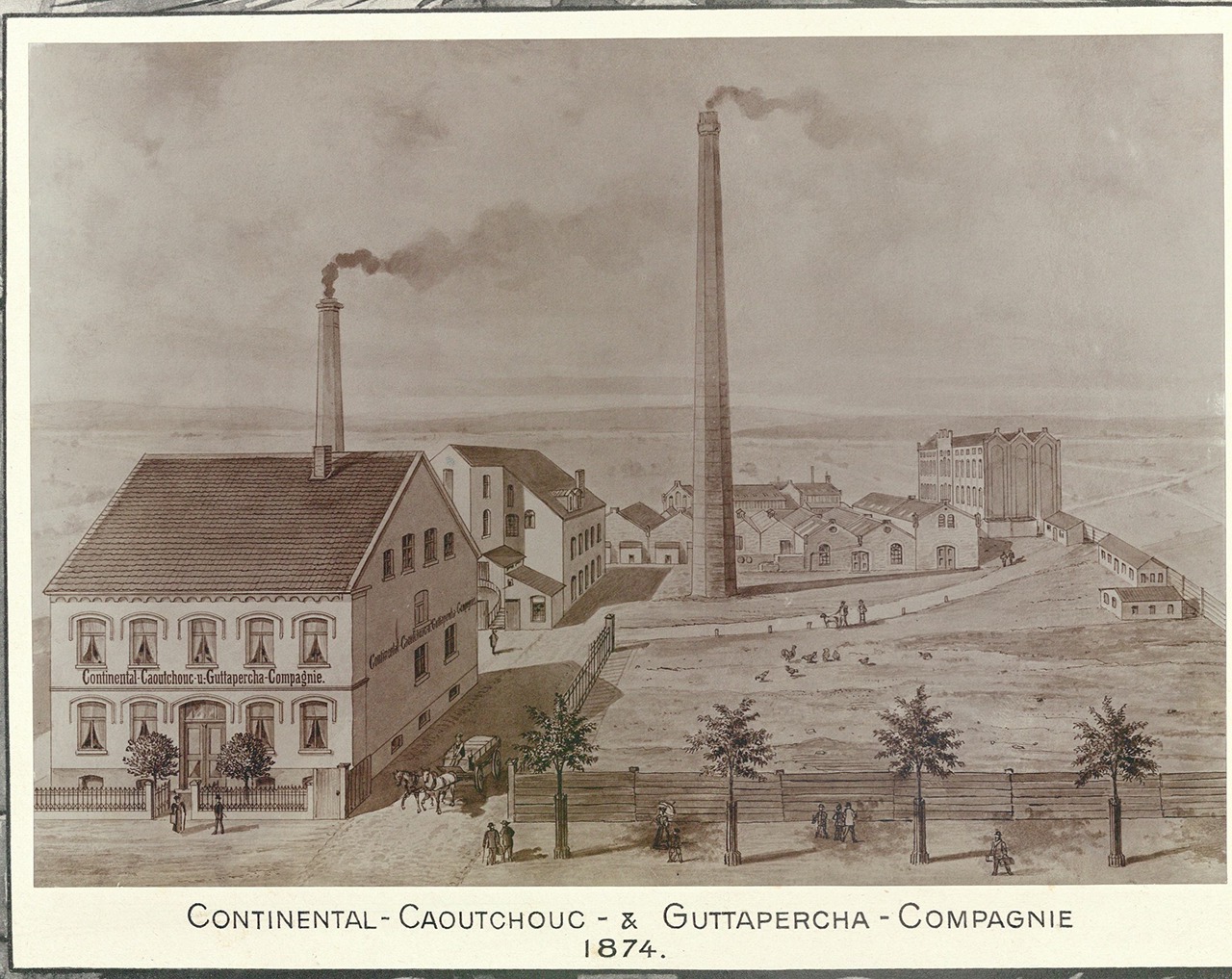 Moments in time: The Continental logo

The rampant horse is one of the most familiar trademarks in the automotive industry, symbolising strength, agility, and endurance. It's taken several forms over the years. But how and why did it become synonymous with Continental Tyres?

The first appearance of the horse is thanks to a veterinarian named Hartmann who invented "hoof buffers" made from soft rubber, designed to prevent horses from slipping on icy surfaces. He held the patent, while we produced and distributed them. Each hoof buffer carried an image of a horse rearing up on its hind legs.

But the broader significance of the horse stems from our company’s roots in Hanover, Germany; the thoroughbred racing horse of the same name is a traditional symbol in the region. It first appeared on the coat of arms for the Dukes of Brunswick-Lüneburg in the 14th century and is still in use today in the German state of Lower Saxony.

Continuing our long record of innovation, we are developing two brand new tyre technology concepts that will lead to even greater road safety and comfort in the future. The two systems – ContiSense and ContiAdapt – enable continuous monitoring of the tyre’s condition, plus the ability to spontaneously match tyre performance characteristics to the prevailing road conditions. The technologies made their official public debut at the Frankfurt Motor Show in 2017. ContiSense is based on the development of electrically conductive rubber compounds that enable electric signals to be sent from a sensor in the tyre to a receiver in the car. ContiAdapt combines micro-compressors integrated into the wheel to adjust the tyre pressure with a variable-width rim. This enables the system to modify the size of the contact patch, which under different road conditions is a decisive factor for safety and comfort.

Both ContiSense and ContiAdapt have been integrated into a concept tyre that enables the benefits of both systems to be fully leveraged. The tyre design features three different tread zones for driving on wet, slippery or dry surfaces. Depending on the tyre pressure and rim width, different tread zones are activated and the concept tyre adopts the required “footprint” in each case. In this way, the tyre characteristics adapt to the prevailing road conditions or driver preferences.

We believe that both tyre technology concepts are promising solutions for the mobility of the future, where tyres are adapted to meet the needs of automated driving and emobility.