“Respect the soil with a robust tire that treads lightly.”

The new Tractor70 tires are wider than standard ones, resulting in a larger footprint. Combined with the optimum self-cleaning properties from to the smooth, rounded lugs the Tractor70 offers high traction capability. With a new bead design, the tire is also able to operate at lower pressures than other tires therefore placing less of a burden on the soil. 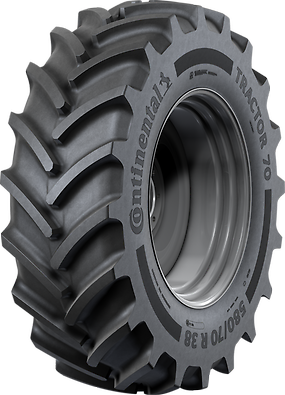 Do you have any questions about our tires, solutions or any of services? Get in touch with us and we'll take care of your request as soon as possible! 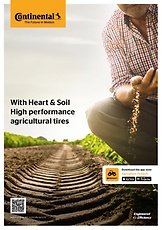 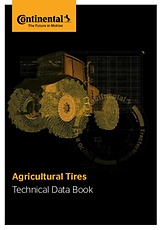 His family have held the same tenancy at Fron Farm for 72 years on the hillside above Weston Rhyn near Chirk on the border with Wales. The farm is positioned 700-1,200 feet above sea level and stretches to 145 acres of mixed hill ground.

Tudor’s previous Case covered 3,000 hours in just under three years. Whilst this is not uncommon, Tudor was surprised that, after just two years and a little under 2,000 hours, his tires wore out. “I do quite a bit of road work, pull a tanker and work in quite arduous conditions going uphill along rough tracks, but I didn’t think the tires would wear out so quickly.”

Not only the temperatures are extreme in Australia, but also the agricultural and soil conditions, especially in the Reverina region. Simon Codemo faces challenges in his daily work in his business "Codemo Machinery Services". He is therefore very pleased with the return of Continental and the wide range of agricultural tires in this segment: "The relaunch of Continental Tires to Australia is a great experience for us."

Court Gilbert Farm has been in Aubrey’s family for three generations. The farm extends to approximately 1000 acres of hilly pastureland near Brecon, in the county of Powys. Aubrey and his brother carry out daily farm tasks, and their parents are still involved in the day to day management of the farm.

“I didn’t feel safe on the narrow tires that are offered with many new tractors. I wanted another Claas but I also wanted wider tires,” says Mr. Evans.

Patrick Brolly farms at Foreglen in County Derry. The farm is between 700 and 900 feet above sea level and stretches to 120 hectares of grassland and 60 hectares of hillside. Patrick has a flock of 320 Cheviot Mule ewes with 100 ewe lambs and a further 80 pedigree Beltex ewes. He also has a small herd of 30 cattle, a mixture of Herefords and Simmentals.

When he bought a 2007 New Holland TM 155 tractor the tires were almost worn out, so he was left with the unenviable task of finding suitable replacements.