The magic of the Tour de France

Fighting for every second, descending mystical mountain passes – like the Tourmalet – at speed. Chasing heroically, crashing spectacularly. The Tour de France is the biggest annual sporting event of them all and has some fascinating tales to tell. Have you heard the one about the rider on a donkey?

July 28, 2019. The Parisian sky glows in the refreshing hue of a sparkling French rosé as the Champs-Élysées envelops Egan Bernal in its balmy early-evening warmth. Here, on this grandest of boulevards at the heart of the French capital, the young man is taking in the gravity of a sporting sensation just delivered. Bernal presents an almost shy figure, his smiles to the press and public on receiving the winner’s trophy, medal and bouquet a picture of understatement. But he’s also visibly moved as he absorbs the acclaim of the fans.

It’s an historic moment too for Team Ineos. After 3,366 kilometers of hard racing, Bernal has crossed the finish line 1:11 min. ahead of his team-mate Geraint Thomas and with just 1:31 min. to spare over third-placed Steven Kruijswijk. In the 105 previous editions of the Tour de France, never have the top three been so close at the finish. Continental also has reason to celebrate, Bernal’s victory on the company’s tires “Competition Pro LTD” extending its run in the world’s biggest annual sporting event to four consecutive wins. Continental is one of the Main Partners of the Tour and makes all of its bike racing tires by hand in Korbach, Germany.

For Bernal and his travelling army of fans, these were emotional scenes. The young Colombian was the first South American rider to taste overall success in the crown jewel of bike racing. Which means the yellow of the winner’s jersey was matched by the sea of Colombian flags cloaking the Champs-Élysées. At just 22, Bernal had become the youngest ever wearer of the maillot jaune in Paris. 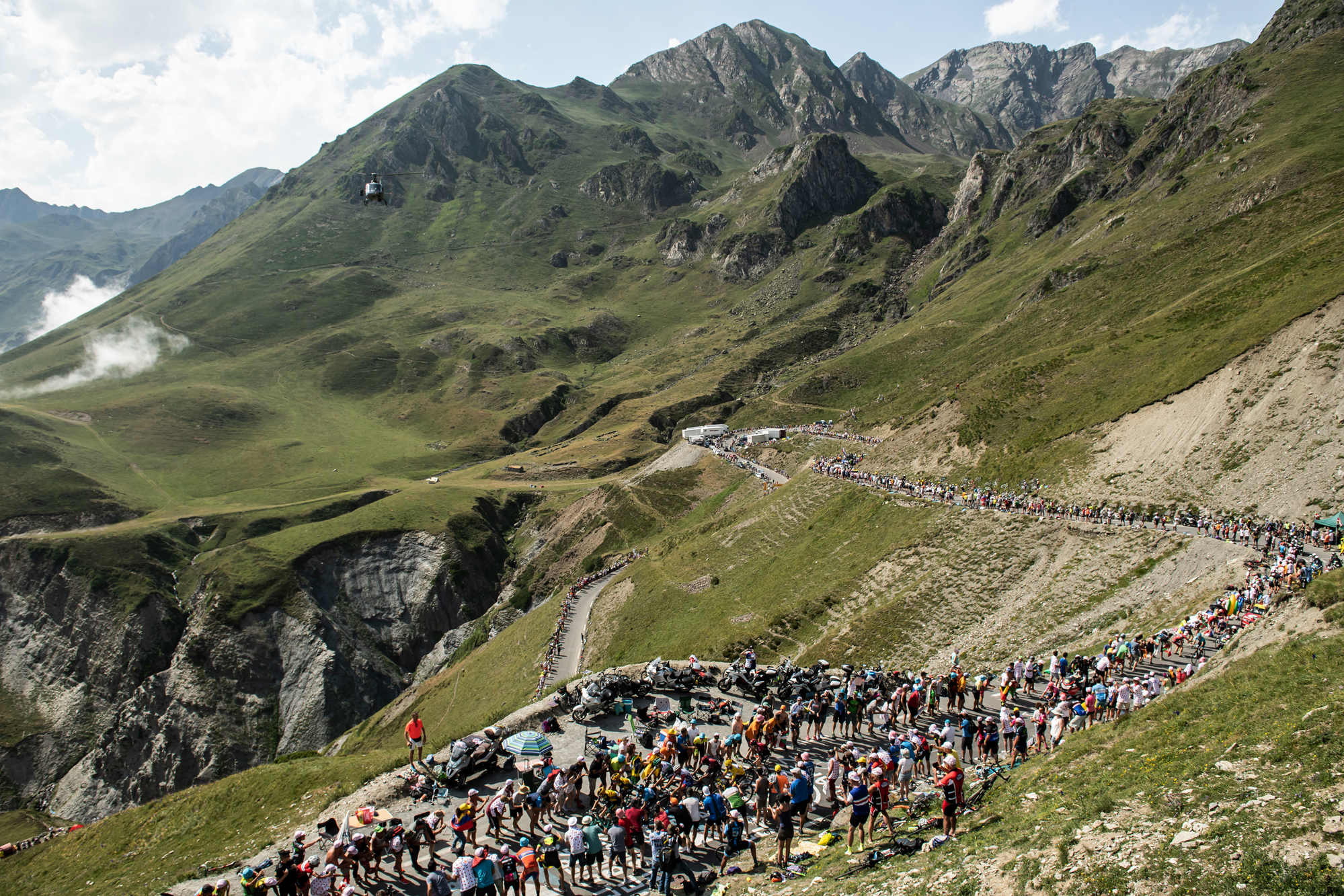 From sleeping pills to yellow jersey

More than anything, it is the enthusiasm of the people, the boundless passion of the riders and fans, that gives the Tour de France its unique charm. Its power extends far beyond victories, records and sponsoring deals. Indeed, it is the stories behind the stage and overall placings, the times and the names that etch themselves into the collective sporting consciousness of not just France, but the world. On the course or at the roadside, out in front or off the back of the peloton, cresting a mountain or pounding the flat – this race dating back to 1903 is above all a tale of curiosities, of legends and anecdotes.

And so it is that Bernal, the 2019 winner and youngest rider ever to wear the yellow jersey across the finish line, is not actually the youngest ever Tour victor. How so? Well, the yellow jersey was only introduced in 1919, a full 16 years after the first edition of the Tour – much to the chagrin of those who had to wear it at the time (the overall leader would be easier for supporters of his rivals to spot, and those fans would think nothing of defending their favorites’ interests by targeting the rider in yellow). Rivalries within the peloton were fierce, as the highly talented Henri Cornet – still the youngest Tour winner of all time after his triumph in 1904 – could testify. The 19-year-old sped to victory despite envious opponents at one time spiking his food with sleeping pills. Sure enough, Cornet nodded off in the saddle during the following stage and crashed heavily, apparently binging his Tour to an end. The leading trio were ultimately tripped up by their own stupidity and laziness, though. Keen to take a breather, they hitched a lift on a train, were caught in the act by a fan and disqualified. In stepped Cornet, who had battled his way back into fourth place post-chute and now suddenly found himself in the lead. 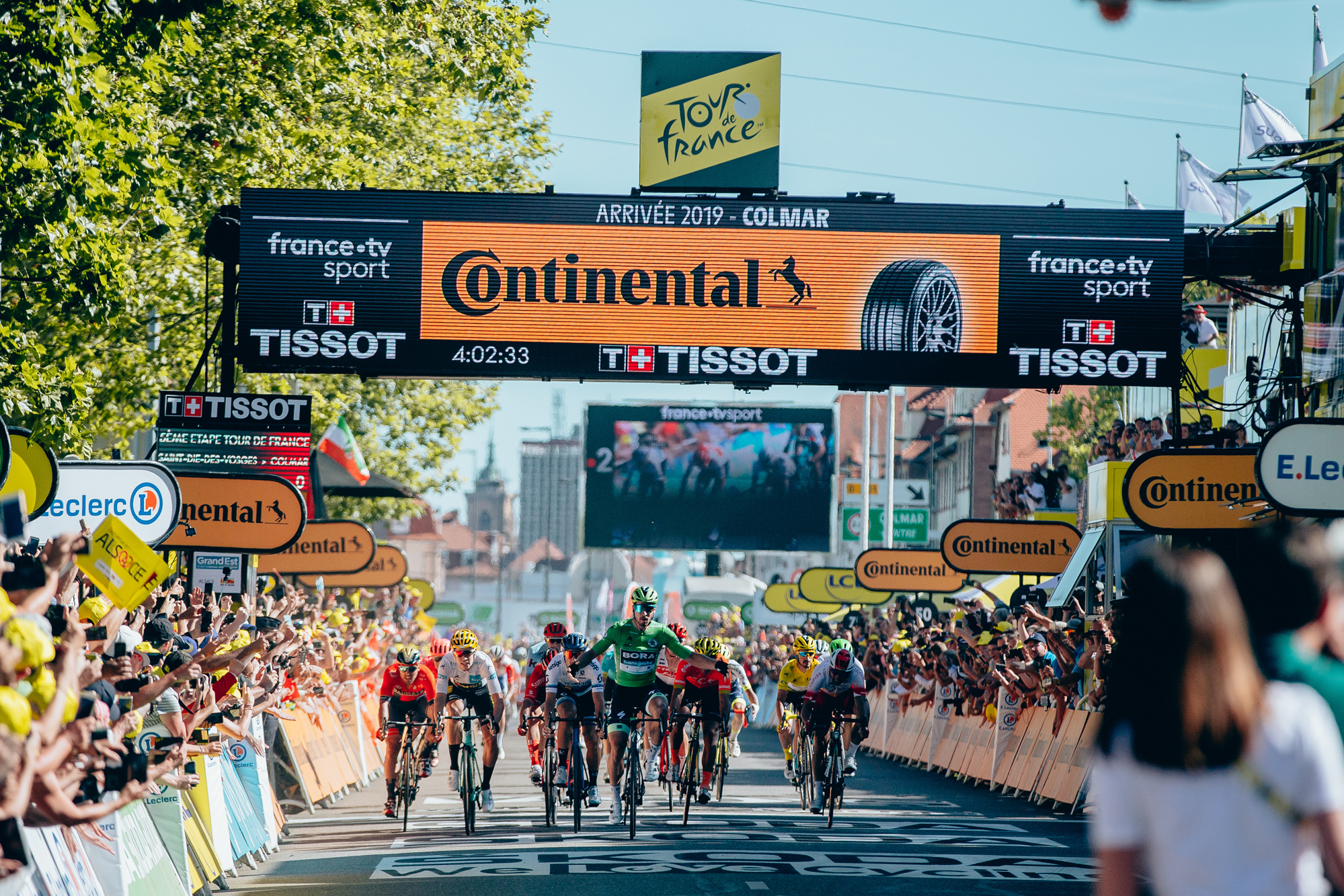 The wrong direction and the wrong drink

It wasn’t just impromptu train rides which the organizers took a dim view of, but outside help of any kind. Eugène Christophe discovered what exactly that meant on the 1913 Tour. The Frenchman suffered a broken fork on his way down the Col du Tourmalet in the Pyrenees. With an 18-minute advantage over his pursuers to play with, he heaved his 18-kilo steel bike up over his shoulder, hauled it 14 kilometers to the next village, found a blacksmiths and welded it back together himself. In those days, the support vehicles today’s competitors take for granted were nowhere to be seen. Christophe eventually arrived at the finish four hours off the pace. Or rather four hours and 3 seconds, an extra 3 seconds having been added to his time as a penalty for accepting assistance from a third party; a young lad in the blacksmiths had used bellows to start the fire.

A rider is, of course, allowed to help his team leader, even if he’d rather not have to. René Vietto was leading the 1934 race in the Pyrenees when he heard his “captain” Antonin Magne’s bike was damaged. Annoyingly, Vietto had just completed the descent from the Col de Port, while Magne was still up at the top of the pass. Displaying incredible loyalty, Vietto turned around, battled back up the mountain and handed his bike over to the senior man. He was unable to make up the time he had lost and Magne went on to win that year’s Tour.

Vietto’s was one of the more easily explained about-turns in an event that has seen many down the years. In 1920 the French rider Napoleon Paoli collided with a donkey, coming to rest on its back. The surprised animal bolted – sadly in the opposite direction. Its unfamiliarity with the race route was academic, however, as Paoli would likely have been disqualified anyway for accepting outside help.

And then there was Abdel-Kader Zaaf, who set off the wrong way all on his own in 1950 to seal his place in Tour folklore. In sweltering heat (and while still travelling in the correct direction), the Algerian took a bottle being held out by a fan, but noticed too late than it contained wine rather than water. Reeling from the alcoholic hit, he promptly alighted, found himself a comfy spot in the shade of a tree and set about sleeping it off. Spectators duly woke him from his slumber, only for a fuzzy-headed Zaaf to head off in the wrong direction.

On the following stage, he took in refreshment of a different kind in the company of his fellow riders. Belgian team leader Albéric “Briek” Schotte organized a full-peloton mid-stage break on the coast road from Nimes to Toulon, the riders pulling over and enjoying a quick dip in the Mediterranean. 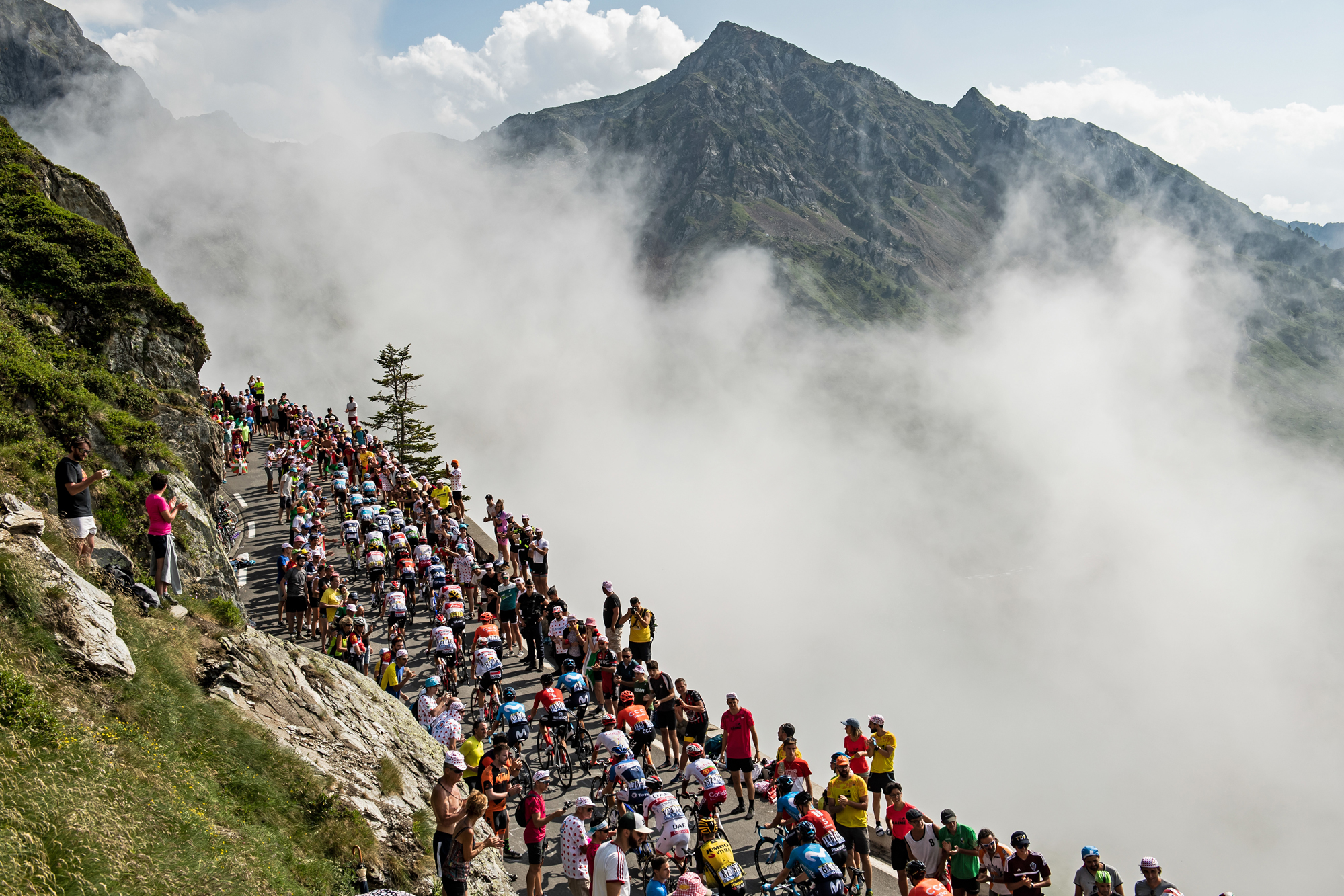 That sort of thing would be unthinkable today, of course, although “refreshment” of other kinds has made headlines in the modern era. Indeed, scandal fills its own chapter in the Tour de France history books. Take the record-breaking cheating of record-breaking Tour “winner” Lance Armstrong. The American topped the general classification seven times in a row from 1999 to 2005 but was later convicted of doping.

Time and again, the Tour has been undermined by riders and occasionally whole teams who turned their backs on fair play. However, its ability to dust itself down after darker moments and go again is all part of the Tour’s enduring magnetism. Bike racing continues to enchant like no other sport, and the majority of its competitors drive themselves to the limits of performance while sticking to the rules. Even in its first ever running in 1903, there was the odd bump in the road. Fresh from winning the legendary Bordeaux-Paris race, Hippolyte Aucouturier was the favorite for the Tour. But the race didn’t get off to a good start for the French rider, who crossed the finish line 26th, covered in grazes and smeared in blood. Aucouturier bounced back to win stages 2 and 3. But then he was disqualified, having been rumbled taking a tow from a car. Sometimes two wheels really are better than six. 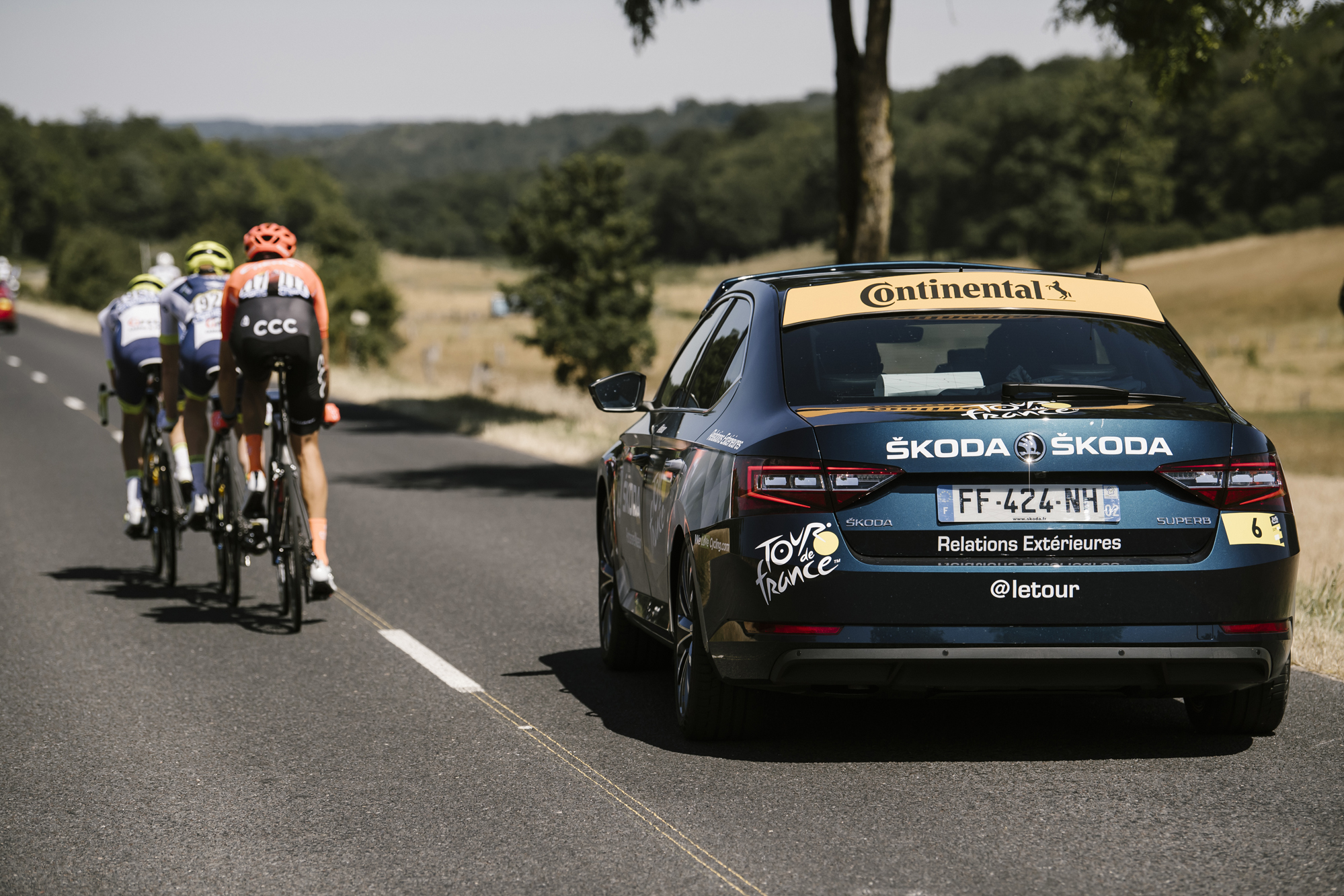 The 107th edition of the Tour de France will take place from August 29 to September 20, 2020, having been shunted back from its original spot in the calendar by the coronavirus crisis (the race was originally scheduled to start on June 27). The course though, remains unchanged. Last year’s opening stage started and finished in the Belgian capital Brussels, and Copenhagen will play host in 2022. But in 2020, the Tour de France really does do what is says on the tin: the Grand Départ of the 3,470-kilometer race will be in Nice, leading on to a couple of stages on the French Riviera. In all the riders will complete 21 stages – nine flat, three hilly and eight mountain tests, including three mountain-top finishes. Plus, an individual time trial on the penultimate day will take the survivors up a 36-kilometer ascent to the Plateau La Planche des Belles Filles. The peloton will be asked to conquer the Alps, the Massif Central, the Pyrenees, the Jura mountains and the Vosges. They will contend with a total of 29 categorized climbs, and the 122-kilometer final stage culminates as usual on the Champs-Élysées in Paris. The television pictures of the Tour de France 2020 will be broadcast in 190 countries.