The 2019 edition of the Tour de France is delivering more in the way of excitement than many of its recent predecessors and it’s promising to stay that way. The top teams who this year again elected to fit hand-made Continental racing bike tires are keeping a watchful eye on one another and waiting for their opportunity to pounce. After the first rest day in Albi on July 16, a transitional stage takes the riders to Toulouse before, on Thursday, the race enters the Pyrenees and the GC favorites get to show what shape their legs are in this year.

Ever since the Grand Départ in Brussels on July 6, a total of six teams, and of course all the official Tour vehicles, have been running through Belgium and France on Continental rubber. Nine stages into the race – almost half way to Paris – the leading French contender on Continental tires, Thibaut Pinot from Team Groupama-FDJ, was looking good in overall third. It’s been a long wait for French bike racing fans since Bernard Hinault from Britanny became the last Frenchman to win the Tour. That was in 1985 and his countrymen would like nothing more than another home winner. Meanwhile, last year’s winner Geraint Thomas and his teammate Egan Bernal, also on Continental tires, earned their day of rest by moving up from fifth and sixth after stage 9 to second and third by the time the Tour reached Albi, well poised just over a minute behind the GC leader in the yellow jersey.

Before that, however, there was an initial stage win on Continental rubber, as Belgian rider Dylan Teuns from the Bahrain-Merida team swept up the mega-challenging ascent to Planche des Belles Filles and claimed stage six on the ultra-steep final approach to the finish line. In the battle for the green jersey worn by the Tour’s top sprinter, two Continental riders are among the closest rivals to current leader Peter Sagan of Slovakia from the German team Bora-Hansgrohe. Australia’s Michael Matthews from German-based team Sunweb and Italy’s Sonny Colbrelli from Bahrain-Merida are running second and fourth as the teams take a break. So there’s sure to be plenty of excitement on the flat stages that follow the mountains.

The King of the Mountains’ polka-dot jersey is still up for grabs, with not much happening so far. A rich haul of points now awaits the climbers as the Tour clambers into the Pyrenees and on into the Alps where there are tough times in store. That’s when the sporting managers of the Ineos and Movistar teams running on Continental tires will let their top riders off the leash. At the same time, the support riders or “domestiques” working for the good of the team are sure to collect some valuable points in the mountains.

One of the coveted special jerseys in the Tour de France is already being worn by a rider on Continental tires: Columbia’s Egan Bernal is riding in white – the jersey that denotes the best young rider in the race; young meaning under 25. And it’s not impossible that, at some point between now and July 28, he could swap that for the yellow jersey of the overall leader. Look at it this way: the 106th Tour de France has not been short of surprises. And the six teams racing on Continental rubber, Ineos, Bahrain-Merida, Groupama-FDJ, Katusha-Alpecin, Movistar and Sunweb, will be aiming to ensure things stay that way. 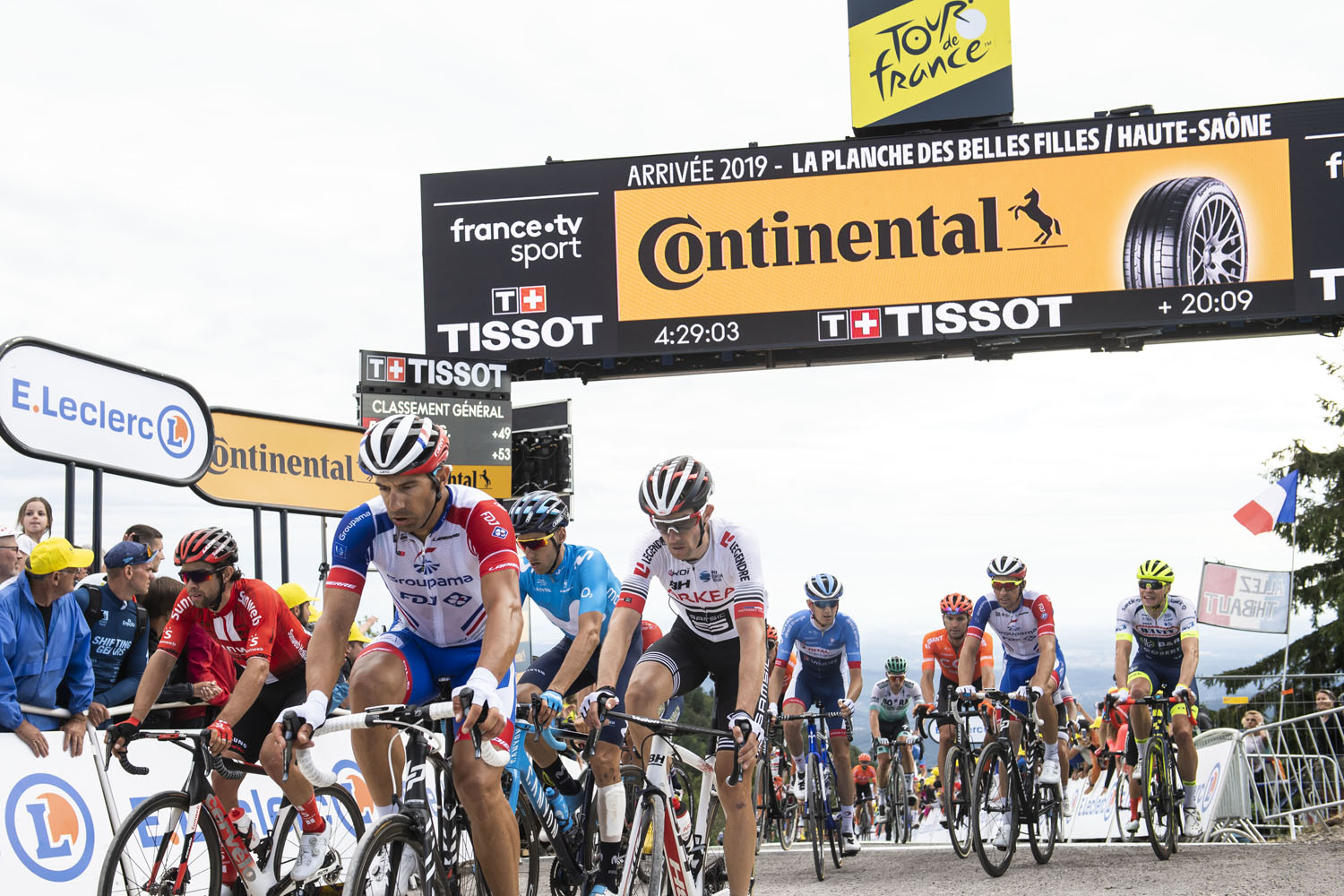